Today I spent the afternoon in New York City. I decided to go to Smorgasburg. This was my second time going, with my first time being  last year.

Smorgasburg is a food market that takes place on the weekends from April – November.

Thousands of people visit each weekend and eat from 100 local vendors.

It is open every Friday at the World Trade Center from 11am-7pm. Every Saturday in Williamsburg at East River State Park and every Sunday in Prospect Park at Breeze Hill from 11am-6pm.

Today I visited at Prospect Park which is located in Brooklyn, New York. Luckily I did not have to take the train as I did last year. Instead, I caught a ride with a friend.

The drive was nice. I was able to do a little sightseeing. 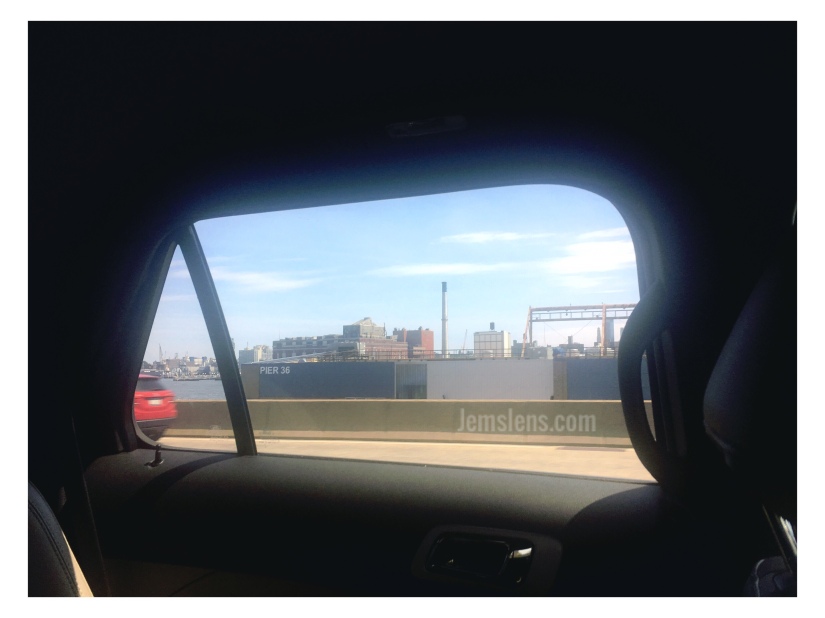 Once we finally made it to Brooklyn, finding a parking spot was not easy. After driving around in circles for 10 minutes, a spot was found in a residential area that was a 15 minute walk away from the park. Thankfully I had pair of sneakers in my bag and changed out of my platform sandals, and got to walkin’!

Nothing had really changed much since last year. The setup was the same but some of the vendors were set up in different locations. There was one particular vendor that I saw last year but did not see today.

I was looking forward to trying that rib this time, but apparently it just wasn’t meant to be.

There were hundreds of people at the park. Its very unlikely to get a picnic table unless you arrive hours prior. Most of the people, myself included, brought along sheets and blankets to lay on. I’m thinking of maybe walking with a folding chair next time.

There was a good mix of people there, different age ranges and backgrounds. A good mix of dogs as well enjoying the festivities.

The first stop that I made was to get my precious dumplings at Mao’s Bao. I see that they added a lamb dumpling that was not on the menu last year. 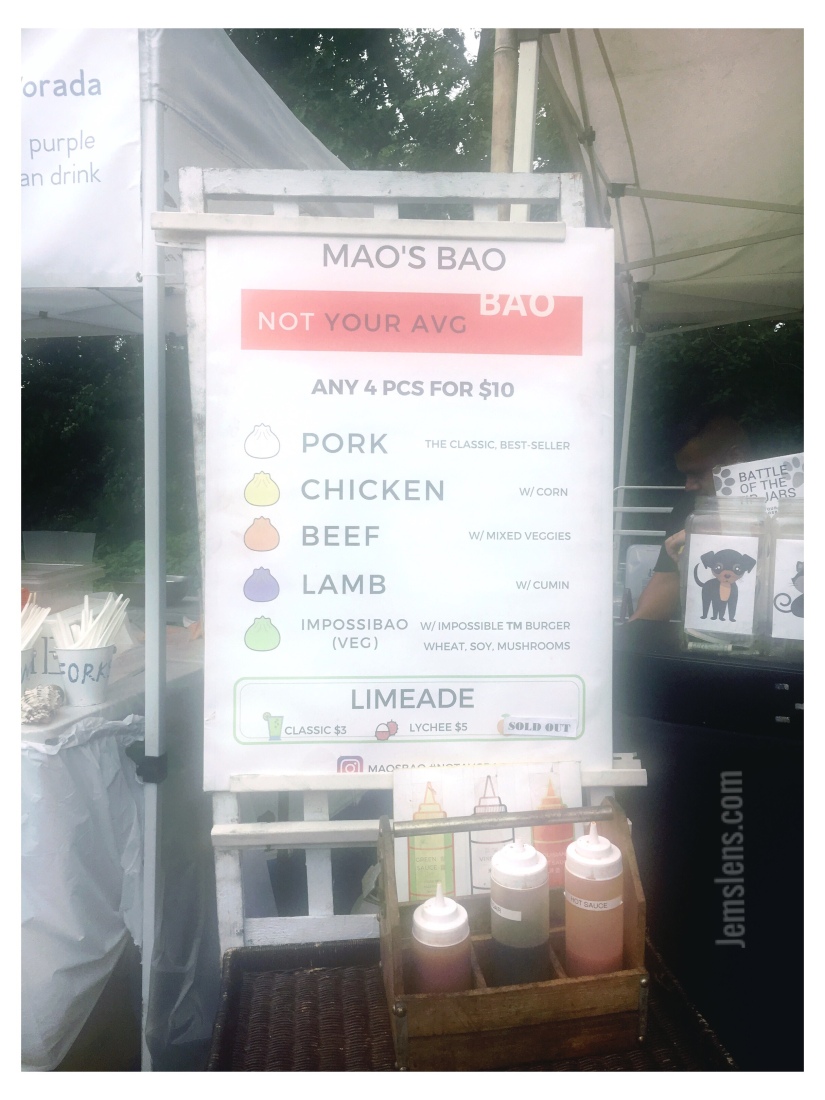 The deal was 4 dumplings for 10 dollars so I decided to try one of each except the veggie one because I remember not being too fond of that one last year. 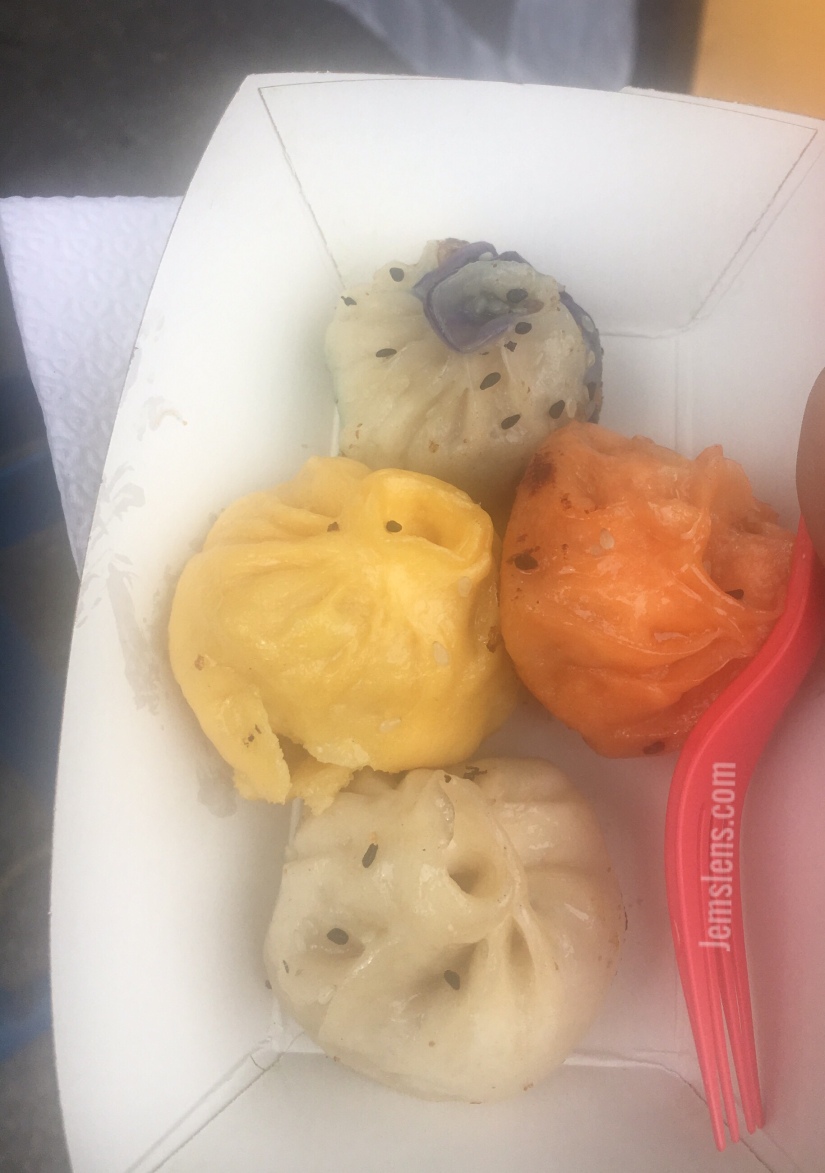 The lamb one was good. I’d say that the pork is for sure my favorite. 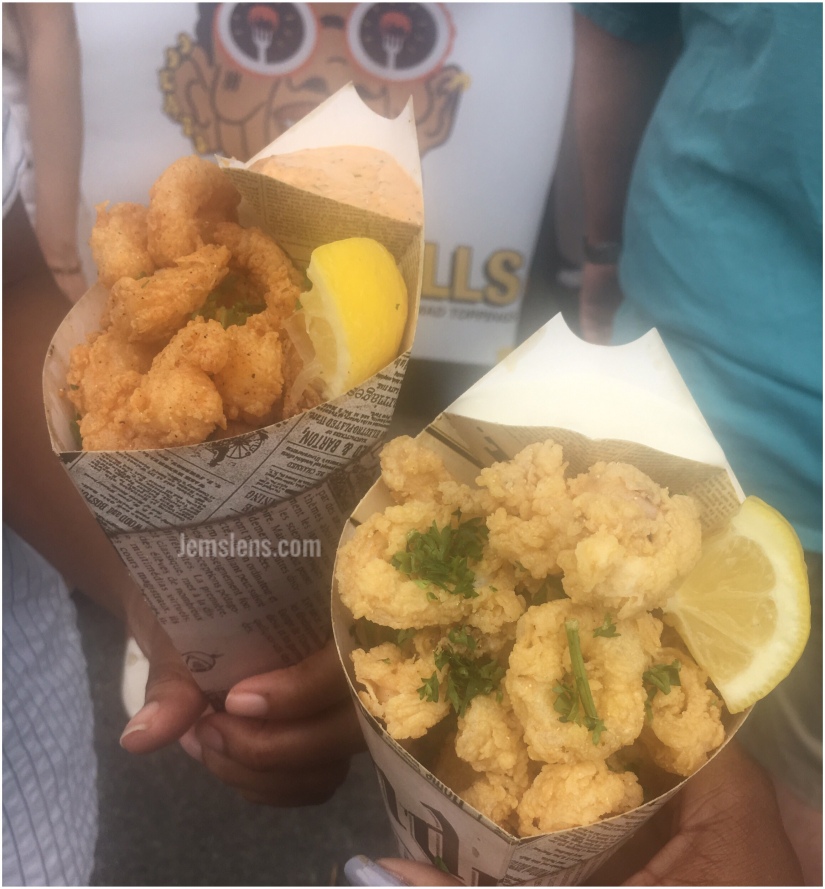 Up next was a cone filled with fried calamari and dipping sauce. My friend went with the shrimp. It did not disappoint.

I refreshed myself with a cucumber mint drink. There were  many options for beverages but the only bathroom option was a porta potty. So…… I decided to not risk having to use the bathroom and stick to just having one drink.

I was so happy to see that they had fluffy pancakes! I’ve seen them all over the internet. 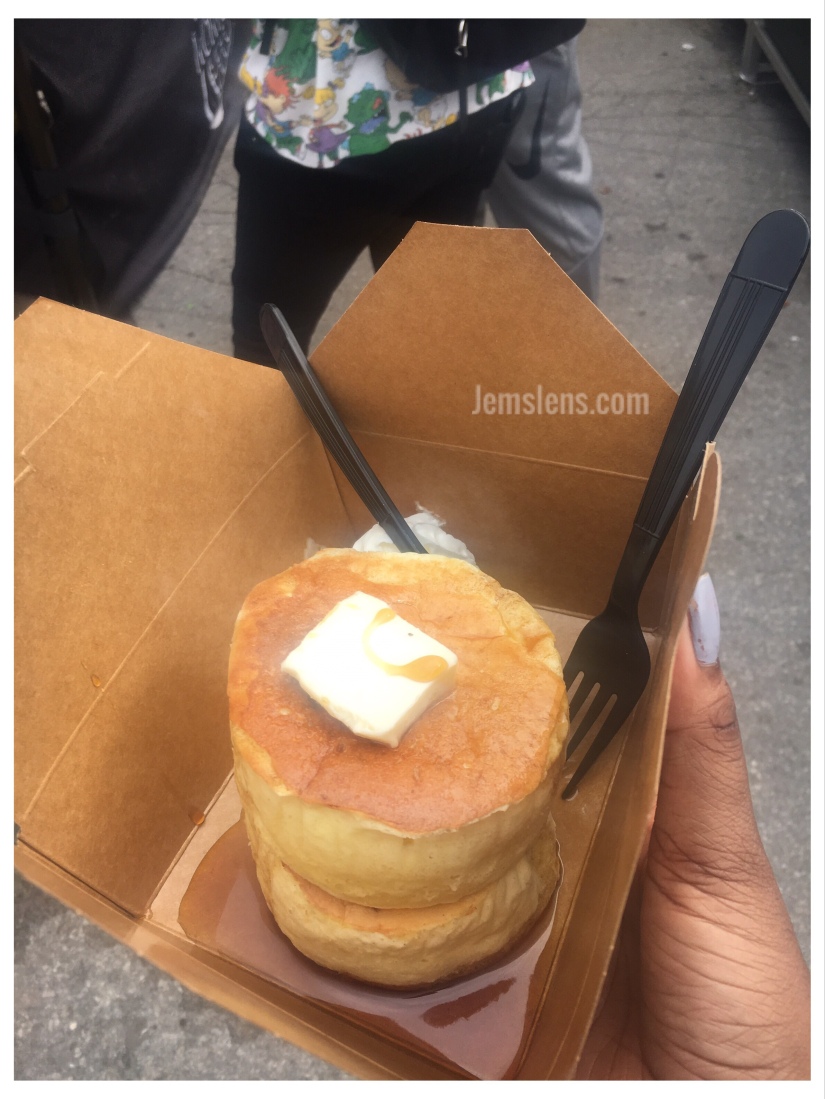 I went with the original, but next time I am going to try the blueberry cheesecake flavor.

All in all I had a pretty good time. I don’t plan on waiting another year before returning to the festivities. Hopefully within the next few months I can experience Smorgasburg at the other locations.

The walk back to the car was nice and breezy.

I snapped a few pics on the way back. I thought the neighborhood looked beautiful and was feeling all of the greenery. 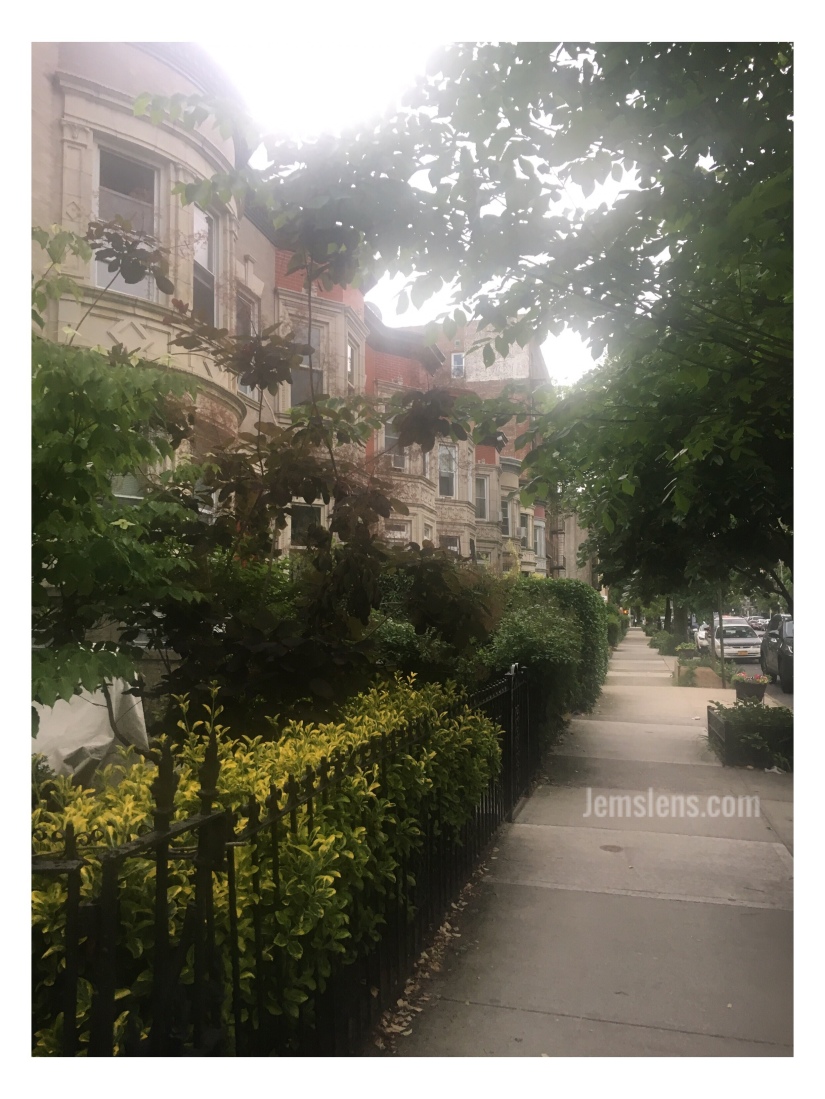